It’s been a long time coming, Sniper Rifles may be one of the slowest developing classes in the gel blaster industry. However, finally there is a new entrant into the competition, and we think it is finally up to the standards that everyone has wanted since day one. 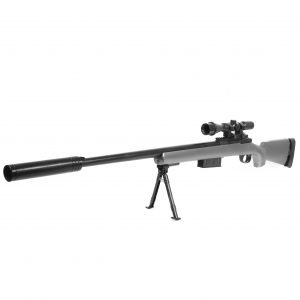 We were first introduced to snipers with the M24 Sniper seen here. It has a full plastic construction and had chronic issues with snapping bolts from people pulling them too hard. Soon after metal bolt kits and upgraded springs were released, however the bolt alone was twice the price of the blaster itself. It was great at first, as it was the only option we had, and is still a nice low-cost option for those just starting out. 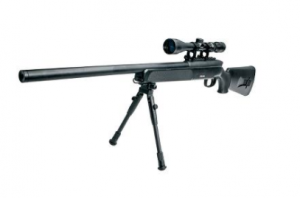 We were then introduced to the SSG69 Sniper seen here. This blaster promised to have an “unbreakable” bolt and better-quality externals than the previous M24. From day one this was proven to be true, however with lower quality control standard, the performance has slowly slipped. Still a higher quality blaster in comparison to the M24, the SSG69 was the best option until the most recent industry release.

Welcome to the new era, introducing the Remington MSR seen here. This blaster brings exceptional internal and external quality, combining metal with nylon and very hard plastics. The bolt is metal, the internals are also metal alongside the trigger, buttstock adjustments and barrel just to name a few badass features.

From the box, you receive two different barrel sizes and a spare upgraded spring to allow for you to upgrade and improve the FPS once you are ready! It also features an electric-assisted magazine which comes standard with its own battery and charger. On average it is hitting approximately 250FPS with the standard spring, and of course increasing your spring size will definitely increase your FPS as well. We would personally recommend using Alpha King gel balls with this blaster, to ensure performance is at its maximum at all times. You will be averaging 20-30 meters from the box as well.

Your choice should be very obvious now. The MSR is a gel blaster gun game changer, the quality is above anything we have ever seen, and the price is extremely cheap for what you are getting. If you are wanting to get any of the three snipers, we highly recommend using our 10% off discount code “GBC” on the TacToys website.

Gel Blaster Club
The Gel Blaster Club was started by the request of government regulatory bodies and demand from the gel blaster community. We saw the opportunity to give the more serious gel blaster community members the ability to take their hobby and turn it into a sport.
Recommended Posts
SEARCH NEWS
RECENT NEWS
Popular Posts
Categories
Archives

We are Australia’s largest gel blaster club, with our headquarters located in Brisbane, Queensland. The Gel Blaster Club was started alongside the introduction of new laws surrounding gel blasters in Australia. If you own a gel ball gun, a primary requirement of the laws is that you MUST be a member of a gel blaster club. We pride ourselves in being a cost effective, valuable club that ensures you stay safe within the introduced laws.